Hey everyone, thanks for stopping by.  We’ve got our first good look at the full Callaway line-up for 2012, and the bits and pieces are starting to fall into place.  Callaway looks like it’s going to have some real solid offerings next season (which hopefully will translate for a good year for Callaway).  Callaway will be launching two new drivers and fairway woods, two new balls, three new sets of irons and one new wedge.  We’ve got pictures and details after the jump.  Let’s get to it.

The HEX Black Tour (cross-section shown below) is Callaway’s new premium, 5-piece construction golf ball and features the patented HEX dimples.  It’s got everything better players would ever want in a ball, distance, feel and spin.  The Chrome is said to be a tour ball designed with slower swing speeds in mind.  It is said to be comparable to the Bridgestone B330 RX Line. To be released March 12th, 2012. We’ll share more details as they come in.

We’ve shared a couple pictures of this driver in the past.  It features a forged composite crown and the new “Speed Frame Face”.  This lightweight driver comes with a stock Fujikura Motore F8 shaft.  More details to come. To be released March 12th, 2012.

This new fairway wood is described as “An aggressive VFT face, enhanced aerodynamic shaping and an awe-inspiring finish create Callaway’s most versatile fairway offering in years..” To be released March 12th, 2012.

The Razr Fit has already gotten some good buzz on tour and from the golfing community.  This driver combines the forged composite material with Opti-Fit: Callaway’s proprietary adjustable and interchangeable shaft technology. This new driver allows you to easily change out shafts, adjust face angles, and change out weights in the heel and toe.  It is also said that changing out the weight can change the feel and “sound” of the club on impact – interesting.

Also to be launched with the driver on February 12th, 2012, the new fairway woods will feature the same Opti-Fit technology and VFT for increased ball speed and distance, even on off-center shots.

The HL irons feature a “thick” look and design that produce higher trajectories with plenty of spin.  The hybrids feature a slight offset, an no bulge & roll face that are also designed to hit a high ball.  Irons and hybrids can be bought separately.  February 12th, 2012 release.

The RAZR X Black irons are already being featured on the Callaway website.  These wide sole, and heavy topline irons are geared towards medium to advanced players (actually reminds me of the Callaway X-Tour’s).  These irons feature a black PVD finish, very low center of gravity, VFT power system and a longer hosel designed to maximize ball speed, consistency and precision. This set can also incorporate RAZR HL hybrids in place of lower irons. To be released March 12th, 2012. 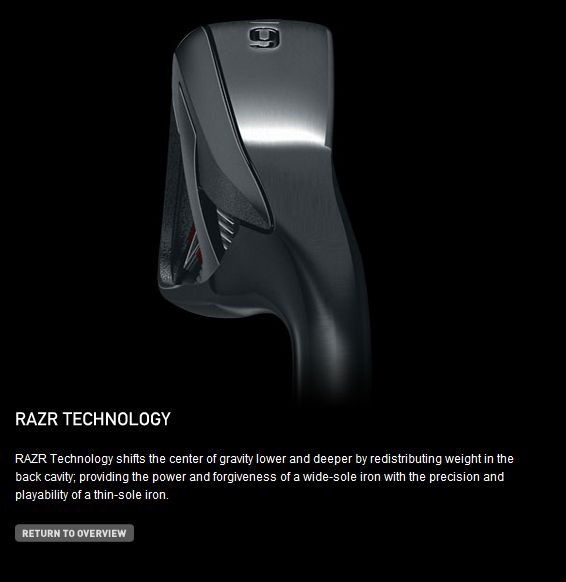 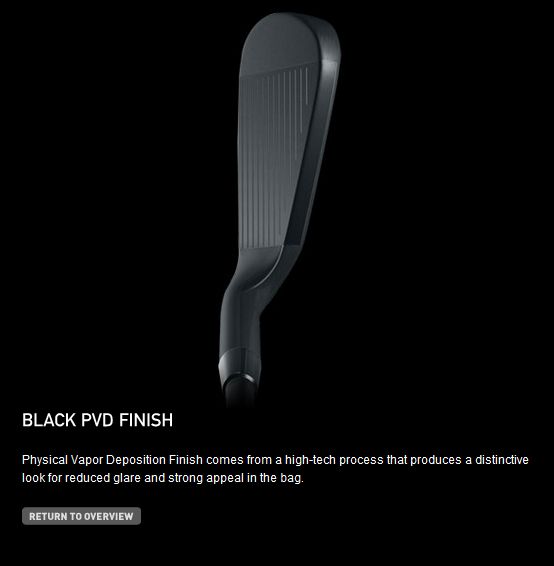 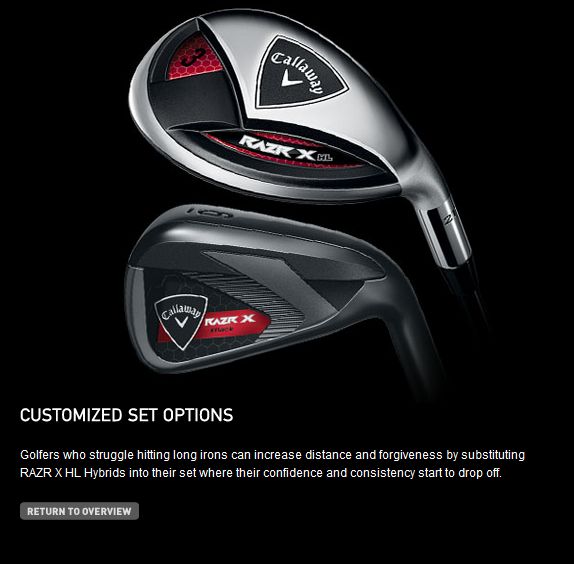 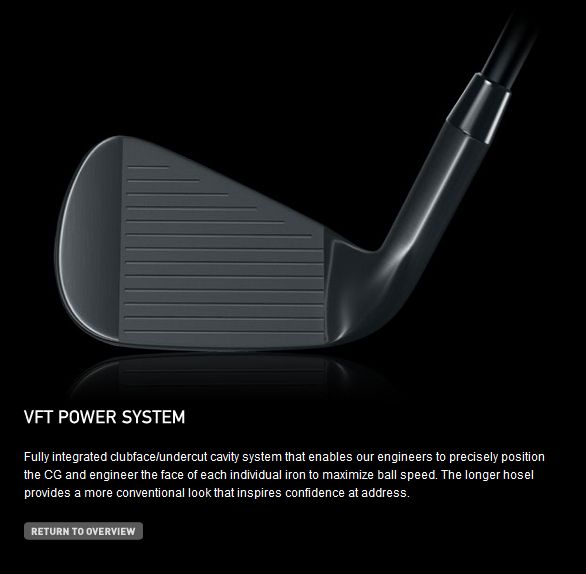 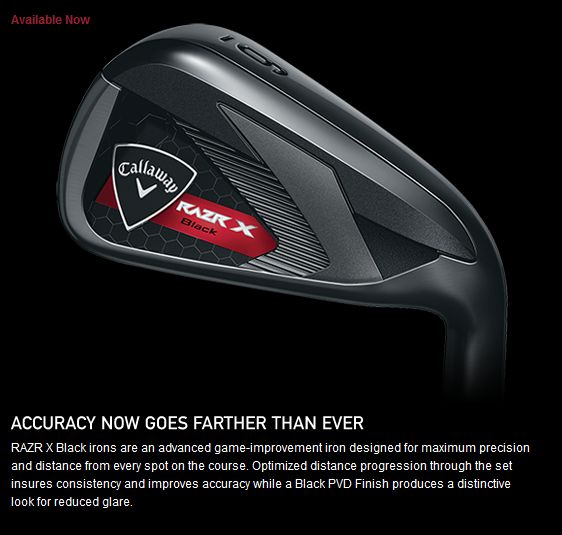 Callaway’s most technologically advanced iron, the RAZR XF is constructed with a forged 1025 Carbon Steel body that provides soft, responsive feedback at impact. The face is made of a thin, high-strength 455 Carpenter Steel, which generates faster ball speeds for increased distance. This thin, lightweight face allowed Callaway engineers to place additional weight in the perimeter of the clubhead, giving the RAZR XF the highest moment of inertia (MOI) of any iron Callaway has ever created for unparalleled accuracy, even on mis-hits. A dark Physical Vapor Deposition (PVD) finish is derived from a high-tech process that produces a distinctive stealth look for reduced glare and a jewelry-like appearance. With an aluminum and injection-molded thermoplastic medallion, the RAZR XF Iron offers fine-tuned sound and a premium feel. October 12th, 2011 release.

These new wedges come in two finished, rich copper and dark nickel.  This new design features an agressive “C” grind on the heel and toe (which allows for a golfer to lay the face open and keep bounce to a minimum), and a different unique hosel style that increase face size.  21 conforming grooves streak across the face, designed to sweep away moisture and maximize ball to clubface contact. Available in 52, 54, 56, 58, 60, 64 for right-handers, and 52, 56, 60, 64 for lefties.  Standard Dynamic Gold S-300 shafts and Lambkin grips. March 12th, 2012 release. That’s all we got for now. Special thanks to the Golf Exchange and Hackers Paradise.  See plenty more pictures at the links below.